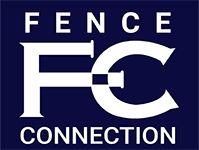 Reasons to Talk to Your Neighbors Before Building a Fence

Neighbors are usually friendly and willing to help one another with a new fence. In some instances, however, they can become upset about a fencing project, especially when they are not consulted for their opinion beforehand.

This video shows how one homeowner erected a large, eight foot fence without asking her neighbors. To her surprise, community residents became very upset almost immediately, believing that the fence ruined the character of the neighborhood. The fence became such a problem in the city, in fact, that the local government had to become involved.

To avoid dealing with similar issues, you should always talk to your neighbors before building a new fence. Once you have everything worked out, call Fence Connection, Inc. at (847) 388-0321 for professional fence installation services.